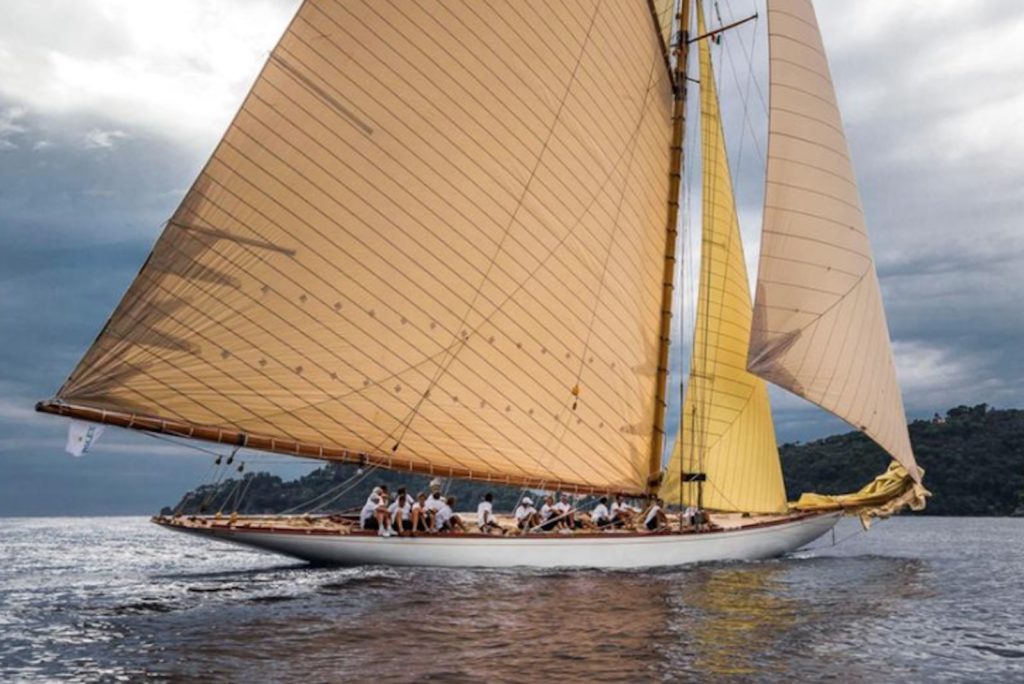 Tuiga’s long life began in 1909 when she slipped into the cold Scottish waters at the boat builder William Fife’s yard. She had been commissioned by the Duke of Medinaceli, a close friend of the King of Spain, Alfonso XIII. William Fife designed Tuiga as a twin to the Fife-built Hispania, so that the two 15M IR vessels could race together on an equal footing. From a distance, the two sister-yachts were indeed difficult to distinguish. It took just six months to build Tuiga who somehow always managed to come second, just behind the Royal Yacht Hispania. Given the similarity in design and construction, rumour had it that the good Duke preferred to rein in Tuiga for fear of creating the embarrassing situation of having beaten his friend and sovereign King Alfonso XIII.

After several years being totally restored at the Fairlie Restorations boatyard in England, supervised by Duncan Walker, Tuiga is today the Yacht Club de Monaco’s flagship.

As well as competing in the Mediterranean classic yacht regattas, she was in Benodet to celebrate the 100th anniversary of Pen Duick, and took part in the Universal Exhibition in Lisbon in 1998. She also participated in the America’s Cup Jubilee regatta on the Isle of Wight in August 2001 and called into Valencia in 2007 to participate in the festivities for the 32nd America’s Cup.

In 2008, having joined the Armada on the River Seine, she then took top honours at Cowes Classic Week despite not having sailed in the Solent since the America’s Cup Jubilee in 2001. For this 15M IR, it was a great honour to be moored in front of the famous Royal Yacht Squadron, a prestigious venue which has written some of the finest pages in the history of yachting.

Such intense activity demonstrates just how committed the YCM members who crew on Tuiga are to the yachting tradition. Their interest has never wavered, like that of their President HSH Prince Albert II who often takes the helm, as have Eric Tabarly, Paul Cayard and Dennis Conner. It is this enthusiasm which led to “Spirit of Tuiga”, a club which unites all those in Monaco who are passionate about yachts.

← Eilean
We use cookies to ensure that we give you the best experience on our website. If you continue to use this site we will assume that you are happy with it.Ok