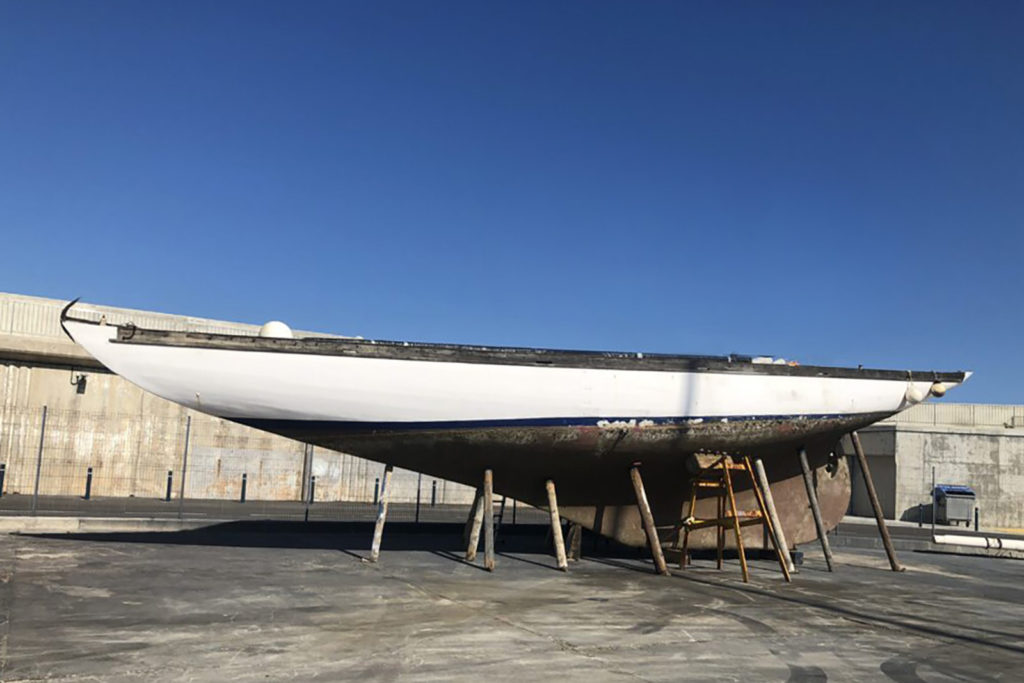 1927 – 1929 J. Lauriston Lewis; name Rhona; home port: Greenock, Great Britain; rig: Bermudan cutter. Mr. Lauriston was  also the owner of Lucilla. She had good results in the 1929 Cowes Week with a third overall placement (first Mouette, second Moyana) and one first place in one of the six races.

1961 – 1969 Jan Arthur Iversen; new name: Frisco VI; home port: Sarpsborg, Norway. Engine installed in 1960. In 1961 she was restored with the addition of a big doghouse and was converted to auxiliary yawl.

1969 – 1970 Urban Strom, an artist specialized in composition of tin on on black oak who wanted to use the boat as a studio. He transported the boat to a place just outside Gothenburg.

1971 Disappeared from the Lloyd‘s Register.

1971 Jan. – 1974 Sept. Stig Westberg and friends. In spring, Hei II was brought to Drasgmark, on the west coast of Sweden, at the Broderna Jacobsson yard, where she underwent a complete refit, where she also had the engine changed and a new iron structure installed under the mast; new sails from Bruce Bank Sails were added. For four years she sailed in Scandinavia and in northern Germany.

In May 2013 she was reported to be ashore in not very fine condition, in a yard close to Cadaques, Spain; her mast was broken in 2011 and her owner did not even know who William Fife is; a big cockpit was added and the hall was partially coated with polyester.

2019 new Swiss owner starts the restoration; name: Rhona. K7-Yachting is bringing her back to the original. In 2021 Rhona will be back in the water and sailing in the mediterranean sea.

← Fairlie II
Sibyl of Cumae →
We use cookies to ensure that we give you the best experience on our website. If you continue to use this site we will assume that you are happy with it.Ok