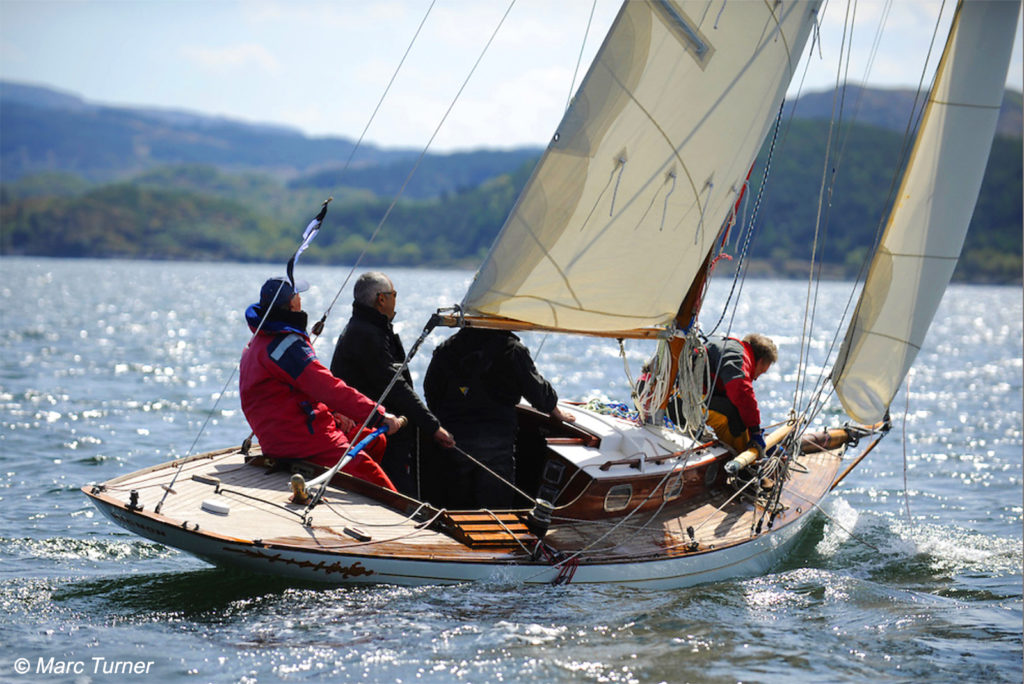 The hull plank was built in yellow pine on rock elm. The frames are alternately placed: oak structural frames and steam folded black locust frames. The flush deck was planked in white pine, while the lugger rigg is in douglas and pitch-pine.

Three sisterships were built to the same design, Mignon (1898 n°427), Yvette (1899 n°449) and Pierette (1899 n°450). The design is believed to be inspired by Sir Thomas Lipton’s commission for his 1899 America’s Cup challenger Shamrock. Mignon was a one fifth scale model built to test the lines for Shamrock I.  She was originally lug rigged but Fife changed her to Bermudan rigged in 1917 and provided her with a 5-Meter rig.

Altair →
We use cookies to ensure that we give you the best experience on our website. If you continue to use this site we will assume that you are happy with it.Ok