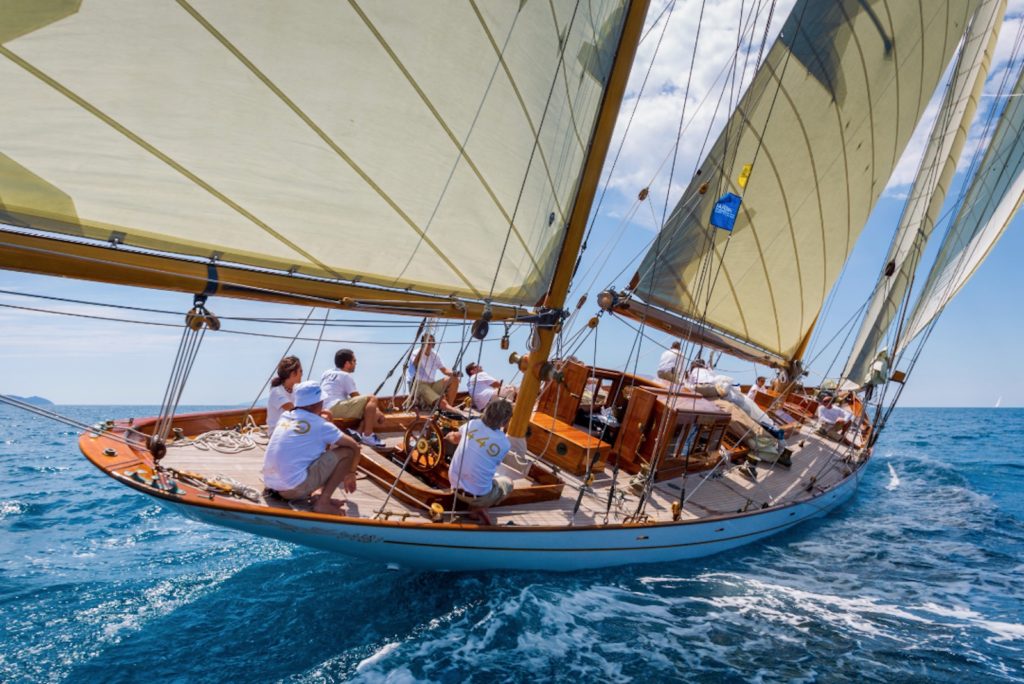 So it was that in 1937 a boat was launched into the sea from the Fife boatyard in Fairlie, a 22-metre yacht called Eilean, which in the Scottish means “little island”. The boat, design number 822, was conceived by the then eighty-year-old William Fife III, alongside his nephew Robert Balderton Fife who had only recently joined the family business. According to the Lloyds Register of 1938, both names appeared among the designers of the boat. Also specified in the Register, apart from the main dimensions, were the Bermudian ketch sail-plan, which remains unchanged up to the present day, the presence of a 4-cylinder paraffin engine and a sail set made by sail-makers Ratsey of the Isle of Wight.

Eilean, narrow at the waterline and with a mainsail located towards the rear, featured waterlines resulting from a study of J-Class boats, used in the Thirties to compete in the America’s Cup. The boat’s first owners were brothers James V. and Robert W. Fulton of Greenock, members of the Royal Gourock Yacht Club. The family were already owners of the ketch Belle Aventure, another Fife from 1929 originally with an auric sail-plan, converted to a Bermudian ketch in 1937, again following a Fife design. Belle Aventure is still sailing today and takes part in classic yacht meetings. It appears that the new vessel was used by the Fultons to cross the strait separating the residence in which they lived from their place of work. Not being regatta competitors, James and Robert did not take part in major yacht races, in contrast to Eilean’s near twin, Latifa which, designed and launched by Fife in 1936, would distinguish herself by taking part in important regattas such as the Fastnet. Further proof, if proof was needed, of the validity of the type of hull and the design developed by William III.

Eilean was purchased in 2007 by the Florentine fine watchmaker Officine Panerai, with roots going back to 1860 and today the main sponsor of the circuit of regattas known as the Panerai Classic Yachts Challenge. The first Panerai watch prototype was created in 1936, in the same year of Eilean’s birth.

← Solway Maid
Tuiga →
We use cookies to ensure that we give you the best experience on our website. If you continue to use this site we will assume that you are happy with it.Ok